In a previous post I have talked of Mike, who in his retirement had to make certain changes to how he understood himself and so how he could better build a life that worked.  He had time to do this resetting as he had a strong story of a broadly successful working and family life to call on.

But what if you have reached a stage earlier than that – say in your late forties, when you realise that something big has to change? That was the case for Barbara and Ros. Both lived alone and were lonely and unfulfilled. Moreover, in dealing with this (or more accurately, failing to deal with this) they suffered chronically from depression which from time to time flared up into something much worse. This was the case for both of them. Both were mentally exhausted and over dreaming and both were at their very limits.

Their situations on the face of it had different origins.  For Ros, it was a very aggressive suspiciousness – of risking letting anybody in close. This was in fact a very understandable way to have handled her life as a black teenager and young woman in her twenties – as she had been “betrayed” by her father who left home suddenly and then when she herself left home, by very difficult relationships with men, including being raped and physically abused. She still used sex as a means of dealing with relationships and was quite promiscuous but her subsequent experiences then only served to confirm her in her view that she could not trust anybody. And her lack of trust extended to women as well and despite having a reasonable career as a legal secretary was very much alone at work too.

For Barbara, the loneliness was much more obviously linked to a chronic lack of confidence, which in turn had been fuelled by unfortunate circumstances to ever establish herself. She had a history of failure at school and lacking parental support never found what she therefore greatly needed from teachers. She knew she was bright and could be very creative as a writer, but her potential was never realised. In fact it was worse than that – her life had become one of lowered expectations, both regarding the work she did and her chronic caution and fearfulness.

For both Ros and Barbara, their first desperate need was to find a way to be calmer – and by listening regularly to my Depression audio and understanding the role over dreaming and rumination in feeding their depression, both were significantly improved at their second session.

But thereafter, their progress diverged. While Ros continued to make real improvement, I’m afraid that Barbara remained stuck and rather lost. My feeling was that this reflected Ros’s much stronger resources compared to Barbara. Significantly Ros did have experiences of success and achievement in work and even relationships and as trance work cleared some of her older memories she could begin to change how she saw her life possibilities. By contrast, Barbara’s lacked these and so it was very hard to either find or enhance resources. It was very sad and unfortunate as there seemed no way that Barbara could sustain her improvement as she could not find the means and capacity to make the changes that she yearned for – to find creative endeavours and share these in some meaningful way

What to do Next

Book for your free 30 minute consultation. Find out more here Or contact me to find out how I can help you or arrange an appointment. My contact details are in the grey footer below and on the Contact page.

Learn why the experts are failing to deal with our depression epidemic – but why nonetheless there is real hope for you. 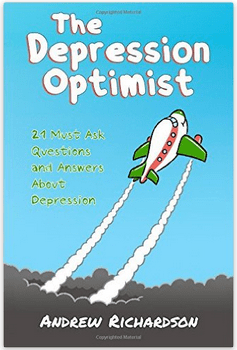 What do you Need Now?

“What a gift Andrew has. Sure, Human Givens is the wrapper around his service, but it is he that makes the difference.” Dylan

“There must be a way out of depression and anxiety. And you, Andrew, know this way very well. More than this, you know the alchemy of the mind!.” Alexander

“The Human Givens approach is obviously fantastic but your intuition, compassion and wisdom is one-of-a-kind. The work you do is amazing and you need to know this. You changed my life and gave me professional help when nobody else would. There will always be a special place in my heart for you.” Melissa

“Thank you so much, it really is wonderful work that you do. I can only imagine how many people you’ve helped.” Amanda

“You helped me so much in so many ways. I think I’ve only truly began to appreciate that fully now on reflection.” Cris

“I can’t really remember how bad I was when I first saw you but it all seems like a couple of years of a bad dream now.” Nick

“I really admire you and the work you do, I believe you save lives.” Alex

“Thank you profoundly in getting me dug out in 3 to 4 short moves. It must take incredible mental strength and perception to do what you do.” Chris

"I'm still smiling and still listening to my personal audio you did for me. And I thank you once again for your help and your support." Miriam

"Thanks again for all of your help - you have genuinely made a real difference." Nick

“ Thanks again for "fixing" me, I feel like a new person with the weight of years of sadness lifted off my shoulders. You are amazing, such a talent.” Kenneth

“Andrew I can’t thank you enough. You have made me feel alive again.” Emma

“I spread your work far and wide as it has completely transformed things for me and I will forever be in your debt.” Danny

“You have saved my life, quite literally. I never thought I would ever feel like me again. You have brought me back so quickly and safely.” Hazel

Hard Evidence of my Counselling Success

Visit Melissa Stefanski’s website, It’s the best site I have ever come across for information and tools for de-stressing, meditation etc.